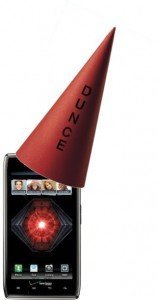 It’s good to be cing, and it’s good to have Klout. Harry earned a free Windows Phone 7, a Samsung Focus, for his courageous tweeting and shared it (and pizza) with his fellow inThirty hosts. We pick it apart and marvel at its simplicity and the lack of Blue Screens of Death, though its connector software did nearly fry Harry’s MacBook. The tiles, the font, the understated elegance, how could this have come from Microsoft?