We brought back the guys from Pocketcasts (the best podcast app out there) to discuss the differences between WWDC and Google I/O. After that, we talked about running developer betas and the problems that are associated with it. We always like having the Pocketcasts guys on.

For our 100th episode we decided to do something a little different. Instead of talking about tech, we let our most famous guests tell us what they dislike about the show. We told them to not hold back.  They let us know what they really disliked on the podcast.

We finish off the show with very special announcements.

On today’s bittersweet episode, we discuss how the inThirty sausage is made, including what hardware we use to record and how each episode is stitched together.  We also share our favorite podcasts spanning a range of topics, including tech, writing, and anything made by NPR.

Finally, Harry has a very special announcement for listeners.

“This Week in Google” | iTunes 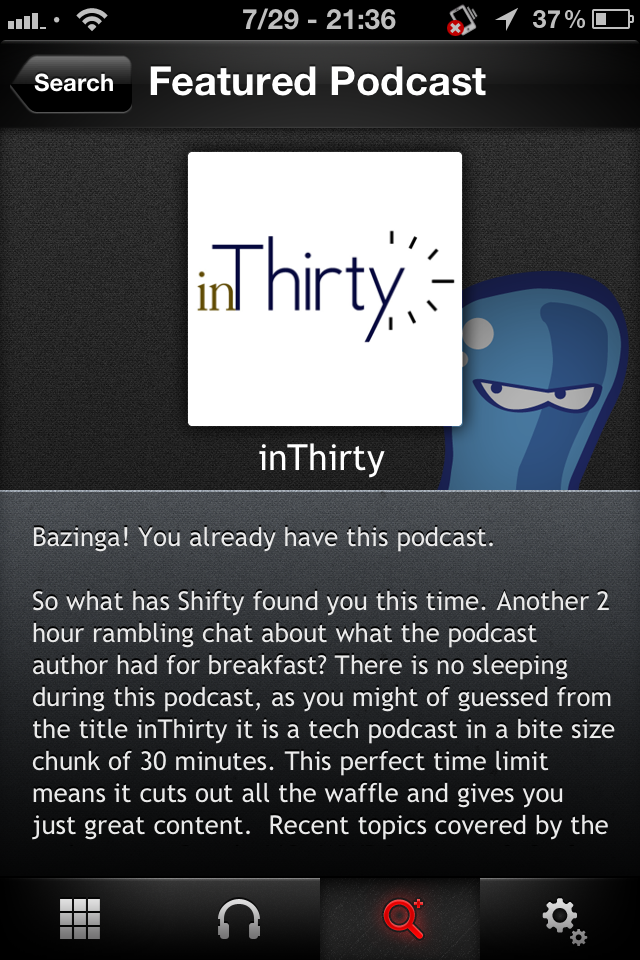 On episode 51 of inThirty we talk with Philip Simpson, co-founder and developer at Shifty Jelly, the makers of great apps such as Pocket Casts and Pocket Weather AU.

Philip shares his Amazon App Store horror story and goes on to tell us the differences between selling apps on the iOS App Store verus Google Play and also lets us know which store’s customers are nicer to deal with.

Want to know what it’s like to develop for both Android and iOS? How Xcode compares to Eclipse? Want to listen to an iOS developer with a killer British accent?

Download Pocket Casts, check out the featured podcast (which one could it be?), and press play.